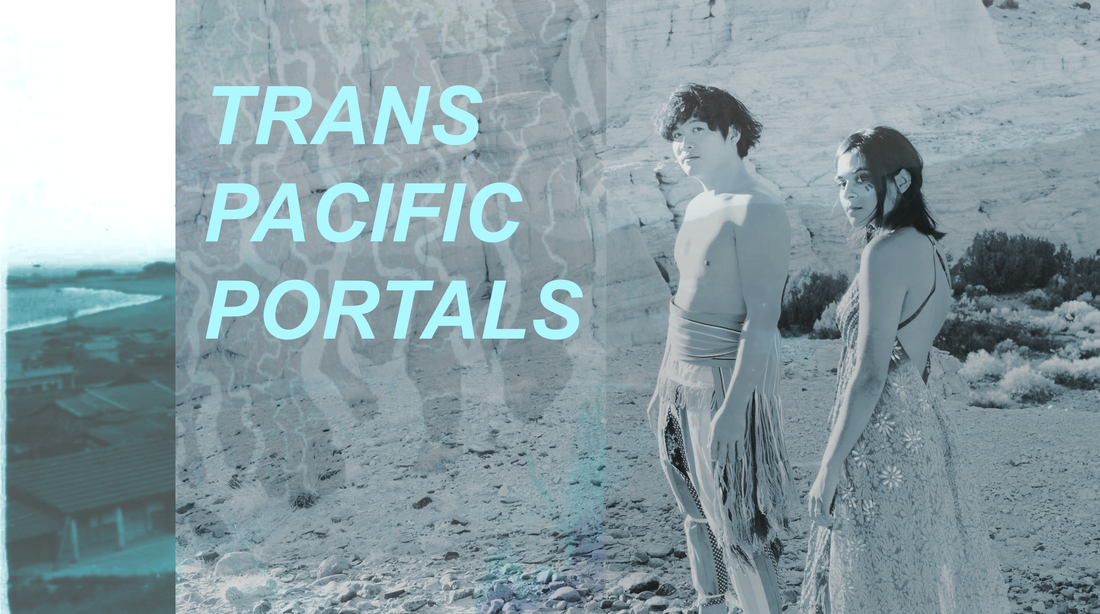 For Parse Seco’s artists-in-residence, Anika Nawar Ullah and Wushang Pihay, unseen portals connect us. These portals may be shaped by water, climate change or a displacement of peoples. Transpacific Portals, the duo’s immersive installation running  December 1st to December 8th, is an opening into these connections despite distance and differences.

The idea was born in 2018 when Ullah, a Bengali-American, was studying as a Fulbright research scholar in Taiwan, where she met Pihay on his indigenous Amis lands. The two immediately clicked over their eerily similar taste in music and social justice activism. After organizing a community protest together — wherein they rallied musicians, pro-bono lawyers and young Amis tribe members who’d left for college in the city to go against a company building and dumping waste on an Amis sacred ceremonial site — the portals started opening. Ullah, now 24, and Pihay, now 34, realized the threats that colonialism and capitalism had on both of their native homes.

The way Pihay’s coastal lands — which he’d free dived and spearfished in since he was a boy, and marveled the way the sun rose from the horizon — were drying up due to tourism development, reminded Ullah of how Bangladesh was more and more underwater, projected in news headlines to be completely flooded by 2050. The way Pihay’s people sang the sacred into the land and water reminded Ullah of growing up with her mother singing Bengali folk songs about the bay, the fish, the rivers flowing down from the Himalayas, the melodies like soft ocean waves. An understanding of the transnational forces of displacement and disappearance set in, and became the root of the song the duo wrote called “Desert Planet,” which imagines people from two worlds — one drying, one flooding — digging into the earth until they find one another at its core. Pihay’s band, Outlet Drift, later recorded the song in the Amis language with a surf-punk sound that rings and zings environmental collapse.

The song is the seed for Transpacific Portals, which invites viewers to reflect upon our intertwined, collective existences, and to partake in the power of transcultural future-building. “We want to invite people to reflect on how these connections impact them and their lineage,” says Ullah, who is currently a National Geographic Explorer and graduate student at MIT studying media arts and technology. ​